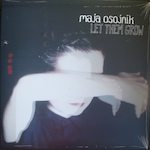 Residing in Austria, Slovenian-born Osojnik works as a composer of electro-acoustics and improvised sound sources.  On album however, she does work with other musicians and programmers to formulate something less haphazard than her press release pertains to.

First and foremost I was surprised at just how vocally this album is driven.  Maja has a rich array of styles; but for the most part they resonate at a low pitch and flirt with a welcoming eccentricity.  Musically speaking, ‘Let them Grow’ utilises noise soundscapes, drones and sound oscillations, alongside crafted field recordings and electronics; and surprisingly none of this falls apart at the seams.

Osojnik displays the ability to schizophrenically switch between commercial harmonies and brutal power electronics at will; with the visceral screams of “Here’s your fucking pop song!” on ‘Condition 1’, to the sublime cabaret of ‘Nothing is finished until you see it’.  Chopping and changing this stylistically shouldn’t necessarily work, but it’s Maja’s seamless abilities and fluidity of concept that keeps this album alive and kicking from start to finish.

‘Let them Grow’ is one of those albums that could be so easily dismissed or ignored if not listened to; and to do so would be nothing short of criminal.  Maja Osojnik epitomises the image of a Jazz/lounge singer sultrily sliding off her piano in a silken dress, only to mow down her audience with a Kalashnikov. 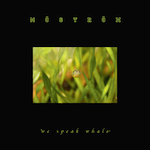 With the press bumpf being in German, I was lost in trying to translate anything relating to the artist (with my limited knowledge); so it was just down to slotting in the CD and seeing where it goes.

‘We Speak Whale’ is barking mad; laugh out loud even. Blasts of noise, wonky piano and bass clarinet are the backdrop of tracks such as ‘Humpty Dumpty’; whilst the title track is a collection of instrumentation that try to do just what it says on the tin.

Some of this is actually good on an outright noise artist level; the rest is plain ludicrous. Nothing is uniform, but there is time for some hilarity and I have to admit actually enjoying some of the insanity that prevails; especially on the downright bonkers, ‘Spuckspielautomat’.

In all honesty, I could have torn this limb from limb; but it made me laugh too much to be nasty. It is bloody awful and no mistake, but somewhere in there it’s pretty damn obvious these guys know how to play their instruments; so I will let them off. Nothing more to say, I will just sit here, chuckle and scratch my head in confusion.