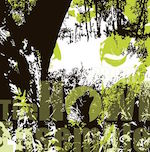 Instrumental post-rock bands are ten a penny and there is much a market for the more experimental of them out there. This trio from the Netherlands have a lot in common with some of the work from bands like ‘The Necks’ than anything else; and by that, I mean they take their time to let a track build as opposed to just banging out a short meaningless number.

Production wise everything is sound; with a lot of builds and sub context for guitars and bass to work with, as the percussion drives everything forward in an off-beat fashion. Instruments trip over themselves as each song progresses, which is the fundamental key into why everything works so well.

The Howl Ensemble have embodied the perfect mix of styles that gel as much as they clash, with subtle obscurities that engage the listener more than anything commercial could; and I can only imagine they’re a force to be reckoned with live on stage as well. Think a less aggressive Swans or a shortened down Godspeed You Black Emperor and you will be somewhat there.