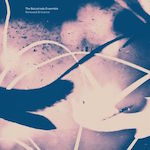 It’s rather a large statement to title your album in such a fashion, as this does leave you open to possible ridicule. However, there genuinely isn’t a bad track on this album, so it depends on your take on the word ‘Brilliance’.

The key component on this release is an aesthetic driven by guitar led ambience, orchestrated by Grant Miller, guiding a troupe of guest musicians utilising various instrumentation. Swelling feel-good ambience, cascades along the album as a cavernous mass of shimmering lights and heavily delayed peculiarity; for the most part.

One thing that cannot be disputed, is that everyone taking part in Miller’s play, is fortunate enough to be endowed with genuine talent; it’s also unlike anything I have ever really sat down to listen to before now. However, this is also the album’s failing.

‘Renewed Brilliance’ is an album bogged down in its own self-appreciation; and it’s as if Grant let everyone sing to his or her own tune, battling it out as to who is the best at being ‘Brilliant’. individually you can hear all the key elements, but they’re constantly kicking the lights out of each other; with the overall result becoming somewhat overpowering.