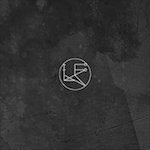 This is Richard Van Kruysdijk’s second full-length under this moniker, once again manipulating a variety of electronic sources and effects to produce a prime slab of ambient, that surprisingly doesn’t tailgate around the bleaker end as I expected.

As far as Dark Ambient goes, Richard has this pretty much nailed on tracks such as ‘Witch Brogues’.  The low-ends drag in an alternate direction to the soaring highs; and the space between is utilised as a playground for other effects.

A variable palate is evident on ‘Cable Mounds’, where sounds cater for lovers of Drone and experimentalism and indeed, fans of analogue synth.  This variation does surprisingly leave the release disjointed in parts; and it’s the direction that suffers somewhat as a result.

Overall though, there is a lot on this latest piece of work to smile about if you separate the tracks into sections; and the sum of its parts more than outweigh the structure as a whole.

French composer Jean-Phillipe Feiss has a background in classical music that isn’t all that evident on this project, which for the most part loiters with experimental noises until the cellos make an appearance on ‘Red Forest’.

‘Ghost Planet’ is an obscure affair, where the tracks themselves sound like midsections of background scores to a movie; that never actually evolve into full songs (apart from ‘Landscapes’ and ‘Oceans’).  As such, this just adds to the peculiarity of the album as a whole.

This is not to say that this work is bad; it isn’t, not by any means.  Track by track (barring the opening pointless high pitched number, ‘Fission’) there is much to become involved in if you like obscure and disjointed moments of desolate space.  In those aspects alone, Ze-Ka has been successful.

As a concept, Sietse Van Erve has here, centralised his album personally, around his first ever trip to Berlin.  Many an artist base their releases on life experiences; and it can be difficult sometimes for the listener to place themselves at the heart of what the producer is trying to convey.  It’s usually best to approach an album such as this purely from a musical perspective.

As a whole, this latest Orphax release is represented throughout, with a wash of drones and machine hums.  As pleasant a listen as this is, this does lack a certain spark; and covering 46 and a half minutes over just two tracks, begs and wants for something more than what has been ultimately delivered. 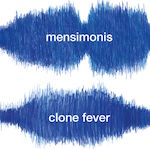 Eclectic is probably too small a word for this duo and their purely improvised album of guitar and electronics.

Radboud Mens and Lukas Simonis, bring a history with them that scales countless workshops, playing to many a secondary school student for what appears to be years.  The difficulties for me usually arise on what improvisation brings, or usually doesn’t (as is more often the case) to the table.

Overall, there is no doubt as to the skills both operatives possess as well as the many strings to their proverbial bows.  It does take a while for things to get going; and when they do, there is a certain degree of enjoyment that can be attained once things go full guitar-ambient.

‘Clone Fever’ is ultimately a mixed bag.  On one hand (as mentioned above), there was a lot to appreciate. But there is far too many interruptions at play, where the duo appear to just be messing around getting a feel for things; and therefor not entirely creating music, with one too many tune-ups for my liking.  This isn’t bad, but it could have been so much more. 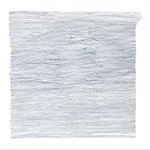 This is the third and final album in a series of releases, in the lengthy career of this sound experimentalist.

Exploring a web of textures and melodic interplay, this is a fairly off-the-wall album; that plays with pitch, harmony and tone.  Bizarrely, the songs themselves feel remarkably short, even when they’re not.  This could be because the majority of them feel unfinished, with many a question unanswered.

Amongst the 11 tracks on display, there is more self-absorbed nonsense than there is anything to sink your teeth into; and it is this tomfoolery that the many detractors out there (myself included), state will always leave Gintas K standing on the side lines as just a contender.

If anything, this does better the previous release in this series (I didn’t hear the first), which was a ridiculous collection of noises and pointless drivel from start to finish.  However, regardless of the attention paid to tone and harmony, many of the songs on here feel like random acts as opposed to actual songs; and once again, Gintas falls short of the mark.

This is the debut album from Richard Van Kruysdijk’s Cut Worms project; primarily a drone act that utilises live generated and processed sounds, before sculpting them electronically.

It’s of no surprise that given the medium, you are in for the long haul to gain any worth and understanding of the music as a whole; and as opener ‘Tangent Folio’ rises from the speakers, it’s glassy pads and rich undercurrent of bass resonance hook your attention with relative ease.

With key attention paid to reverb, ‘Lumbar Fist’ shows acute spatial awareness; and a knack for applying just enough chamber echoes to hold the listener in place, without clipping the comfort levels.

Cinematic and atmospheric; Cut Worms manages the sound sources in an effective manner, that many people who flirt with field recordings fail to grasp.  First and foremost, the project realises the essential ingredient is actual music and not just a wash of random noises.

Overall, this is an effective and wonderfully produced debut from an artist I shall firmly keep tabs on.