Tokyo’s Sanae Yamasaki finds time between her day job creating sounds for Japanese television and IOS app’s, once again; producing her second album for the impressive roster of the label 12k.

I am really taken with a lot of Japan’s electronic music scene at the moment and ‘Mitosis’ is no exception.  Opening up with subtle glitch, swirling backwards electronics and harmonies lay a comfy foundation for Yamakasi’s vocals to glide over the top.

Obscure as many of the sounds are upon Moskitoo’s latest output, the attention to detail coupled with an ear for composition allows the IDM influence to flow well musically, bringing the whole into a more easy listening experience.

Concentrating on a more ambient soundtrack feel, the majority of this latest album finds its home as an aural accompaniment to sitting on a balcony late at night whilst the bustling neon city lights flicker way in the distance.  As electronic as the album is, there is an earthly feeling to this 12 tracker that distances itself in a natural way.

Genuinely pleasant to listen to, ‘Mitosis’ is one of those albums that captures a moment in time; never invasive and massaging the senses with ghostly apparitions.  Sanae’s latest work is a wonderfully refreshing approach to the genre that whilst being done before, rarely crops up nowadays in a market that is awash with nonsensical skittish beats.

The duo of Sakamoto and Deupree smacks initially of a possible classic in waiting.  Utilising isolation, solitude and contemplation as a source for inspiration, it is of no surprise that the majority of this album is ambient in nature.

Sonically broad, given patience there is a lot for the more intensive listener to envelop themselves within here.  ‘Disappearance’ as an album is not for the more casual, part-time ambient enthusiast, who may dismiss this as just another album from the genre; and in part that is this albums only failing.

Personally, I find this latest output a tale of two halves that run parallel to one another track by track.  Split down the middle a lot of this release sounds fairly generic, where the airy drones meander along in a lucid fashion without excitement.  Layered above however are careful strokes of other sounds that do pick apart at the foundations, giving a lease of desperate life to what could have been a fairly average affair; and that is where the magic in this release ultimately lies. 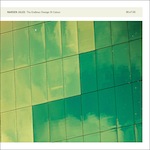 Taking a deep breath, I pressed play on this one-track album in the stark realisation that this was going to be a lengthy journey lasting just over 47 minutes.  As one long story though, this isn’t the frightening task that on paper first seemed to be, with the majority of this opus providing a space in time to sit back and let images flow through your head randomly.

Droning layers of ambient open up the album, parallel to one another and gently numb the senses.  Subtle intersections of other tones and indeed, colour inducing waves of sound are blended together and pulsate like waves that intertwine along the way.

The difficulty in reviewing an album such as this is, is that I have just expressed the entirety of the release in one paragraph alone.  There isn’t anything else that can be said about ‘The Endless Change of Colour’; and whilst providing me some respite from the daily humdrum that life throws at me, as well put together and pleasant as this is, it would have benefitted more from being broken down into individual tracks.