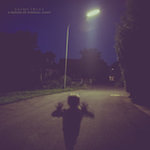 One half of underground Spanish electronic wizards ‘Known Rebel’; Jaime Irles has taken the leap here into producing his own solo work to great effect, capitalising on his strengths and snatching lightly at many an influence with the odd smattering of originality.

Electronically speaking, there are nods to the lighter shades of dance music, treated with skipping, woven vocalisations; the most prominent of which being ‘Getaway’, which smacks ever so slightly, of Blanck Mass.

The beats are well rounded; the pads are warm and carry a necessary bounce.  Pacing on the album clever intersects between the frenetic and the ability to slow things down when it is needed most.

As expected, the production values provide clarity and weight, where light reverberations are allowed to wash over the listener as the beats shudder welcomingly.  A sense of modernisation that flirts with the 80’s, providing a sense of nostalgia that we all experience when summer nights are long and we have space to reflect.

Overall, this is a welcome release that shines with the abandon of what is expected from an electronic musician nowadays; and will no doubt surprise many, especially in the later stages of listening.