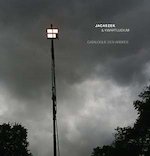 For his latest release Poland’s Michal Jacaszek has come together with quartet Kwartludium and the 441Hz choir, to produce an album based on the forms of trees. He has utilised ‘”open air” (translated as field recordings) sounds as the foundation to the production and allowed the musicians free ranges on the additional instrumentation.

‘Sigh’ starts, as one would expect. Rain drizzles down through the woodland as droning clarinets and voices rise from the soil. The effect is a gracious breathing affair and an altogether excellent opening gambit for what is to come.

Sporadic piano is treated electronically on ‘Green Hour’ and is an altogether more lucid and weird output from the calming opener; although for me is interrupted all too frequently with the field recordings to bed into the consciousness of the listener. The next few tracks continue in much the same manner until the Dark Ambient leanings of ‘From a Seashell’, which is one of the albums highlights; displays a greater range and depth that was promised from track one.

‘Catalogue Des Arbres’ is an obscure composition, from start to finish; and long the way there is a rich tapestry of sounds that carry a lot of weight once the songs bed themselves in. A lot of though has gone into the album, this much is obvious; however, the downsides appear in the skittish nature of design, which I am sure comes from the subject matter (I suppose this is the point). Altogether though, this is a decent release if not significantly ground breaking or ultimately engaging for its entirety.